According to the United Nations Development Program, 60 percent of Africa’s population is under the age of 25, making Africa the youngest continent in the world. Most African countries have majority of their population living in rural areas where some remain closely tied to their culture and cultural practices (which ultimately guide their conduct in their everyday activities).

This need to have a close affinity to one’s cultural beliefs and practices has led to devastating results in issues of mental health. Despite multiple attempts by government and the citizenry in raising mental health awareness towards the youth in their different countries, the topic of mental health remains a taboo in most parts of Africa.

There have been multiple initiatives and interventions to combat mental health problems. However, these attempts have not been quite effective as individuals who open up about their mental health remain highly stigmatized in different African countries.

Resultantly, mental health problems remain a threat and a setback to the youth of Africa, particularly the male who simply resort to committing suicide than opening up. This is the very reason suicides rates are higher for men than women. – Charity MkekeaniClick To Tweet

Majority of African countries and cultures are evolving at a slow pace. Consequently, they still experience harsh realities such as poor school infrastructures and lack of access to basic amenities such as running water and electricity.

In countries such as the Central African Republic, the young male is required to be independent and responsible in order to be considered a “real” man. The idea of becoming a “real” man is demanding on its own. – Charity MbekeaniClick To Tweet

Due to the low male life expectancy rate of 53.35 years in Central African Republic, young males are expected to contribute towards the sustenance of their homes from a very young age. These families are usually large, especially in rural areas, increasing the pressure felt by these young males.

Ezeugwu and Ojedokun (2020) state that internalization of masculinity, pressure from school and providing for large families make young males more susceptible to mental health problems. There is a false conception in many African cultures that males ought to “always be strong”. In fear of being considered weak upon sharing their emotions and feelings with their peers and other people, most young males do not seek help. Instead, young males prefer keeping heavy thoughts and burdens to themselves. When the load becomes too heavy for them to bear on their own, some simply resort to suicide as a way of escaping their harsh realities.

2. Youth Unemployment and Lack of Opportunities

Young males who migrate to urban areas in search of greener pastures are hit by reality upon arriving at their destination. Conditions are tougher, and one has to work at least five times harder than they would have in the rural areas to simply survive, which adds on to their existing frustrations. Most of the money they make is sent back home to assist those that they left behind.

Unemployment and lack of opportunities has killed dreams and driven most African young males to drug and alcohol abuse as a form of escape. If not the former, others result to sleeping with different women and even prostitution just to make a living. Adequate light has not been shed on this sad reality and thus this silent cry for help goes unnoticed. Though these young males portray a “strong” image, they are in dire need of psychological help.

The ages 25 and below are the most sensitive years of one’s life. Peer pressure is immense as no one wants to be left behind. Individuals are growing up, finding career paths and others looking for a lifelong partner. Though forbidden for a certain age range depending on a family’s beliefs, relationships are common. Despite relationships being forbidden, there is pressure from family to get married by the age of 25. This can be a dilemma for some as they would rather chase success first.

Some young Malawian males have confessed that it is easier and less embarrassing to end one’s life than it is to live through a heartbreak and the pain of seeing your ex-partner happy with someone else. They say that when they open up to their friends, instead of being a shoulder to lean on, they are mocked and made fun of. This often makes it difficult to handle the breakup and often results to mental health problems. In the worst case scenario, some resort to suicide.

What is to be done? Bold Initiatives:

To effectively change the status quo of these young males, there is need for government’s intervention and civic education. An increase in availability of post university opportunities and the number of mental health services would make an immense difference in their lives. Continuous mental health awareness, reduced stigmatization and educating young males about navigation of life as youths would mean they know how to better handle the obstacles of life.

Though these initiatives may take time to be fully adopted and implemented, it is better to start now than to wait for mental health problems to worsen. It is of essence to show young males how to navigate life and to lean on each other when the need arises.

Conclusion: Masculinity is not the Way

Culture has pushed young males into a corner where some would rather give up than suffer. The phrase “you’re a man, you should be strong” appears to have weakened young males more than it has strengthened them. The young African male demographic are under enormous pressure to not only provide for their families but also to become successful whilst navigating the different aspects of their lives. The African idea of masculinity and stigmatization is failing them, and the lack of initiatives and interventions is accelerating their mental health problems. Masculinity could ruin the young African demographic more than it could ensure their growth into strong men.

Charity Mbekeani is a change driven young leader with a promising career in civic leadership and education. She obtained a Bachelor of Arts Degree from Rhodes University and currently she is pursuing an Honours Degree in Organisational Psychology. Charity has extensive experience in youth development and currently serves as a Programme Officer at Youth Wave in Malawi. Her work involves providing effective advocacy, addressing human rights and health needs of adolescents, young women and young men.

She has steadfast excellence in advocating for youth leadership, meaningful engagement, participation and involvement. In February 2021, she was appointed by the management team (of her organisation) to provide leadership in a 5 year programme called Power to Youth which is a consortium of 5 organisations in Malawi being supported by the Ministry of Foreign Affairs – Netherlands.

As a hobby, Charity runs an Instagram page called Vox_Helianthus. This page seeks to encourage people through sharing experiences and life lessons. 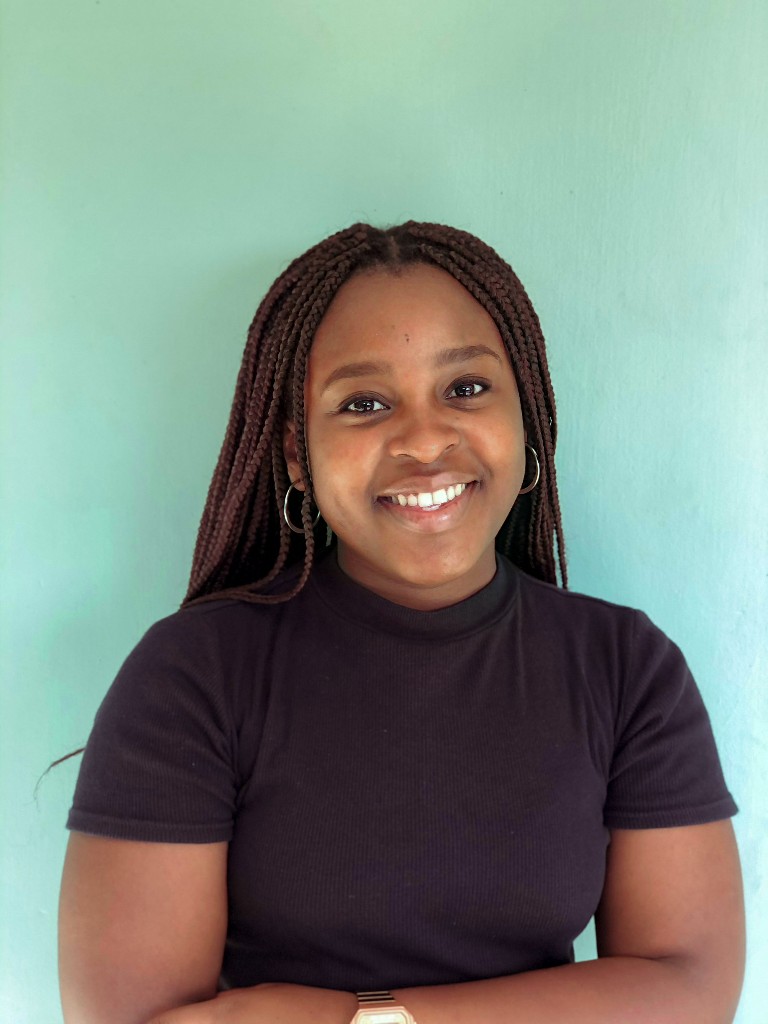 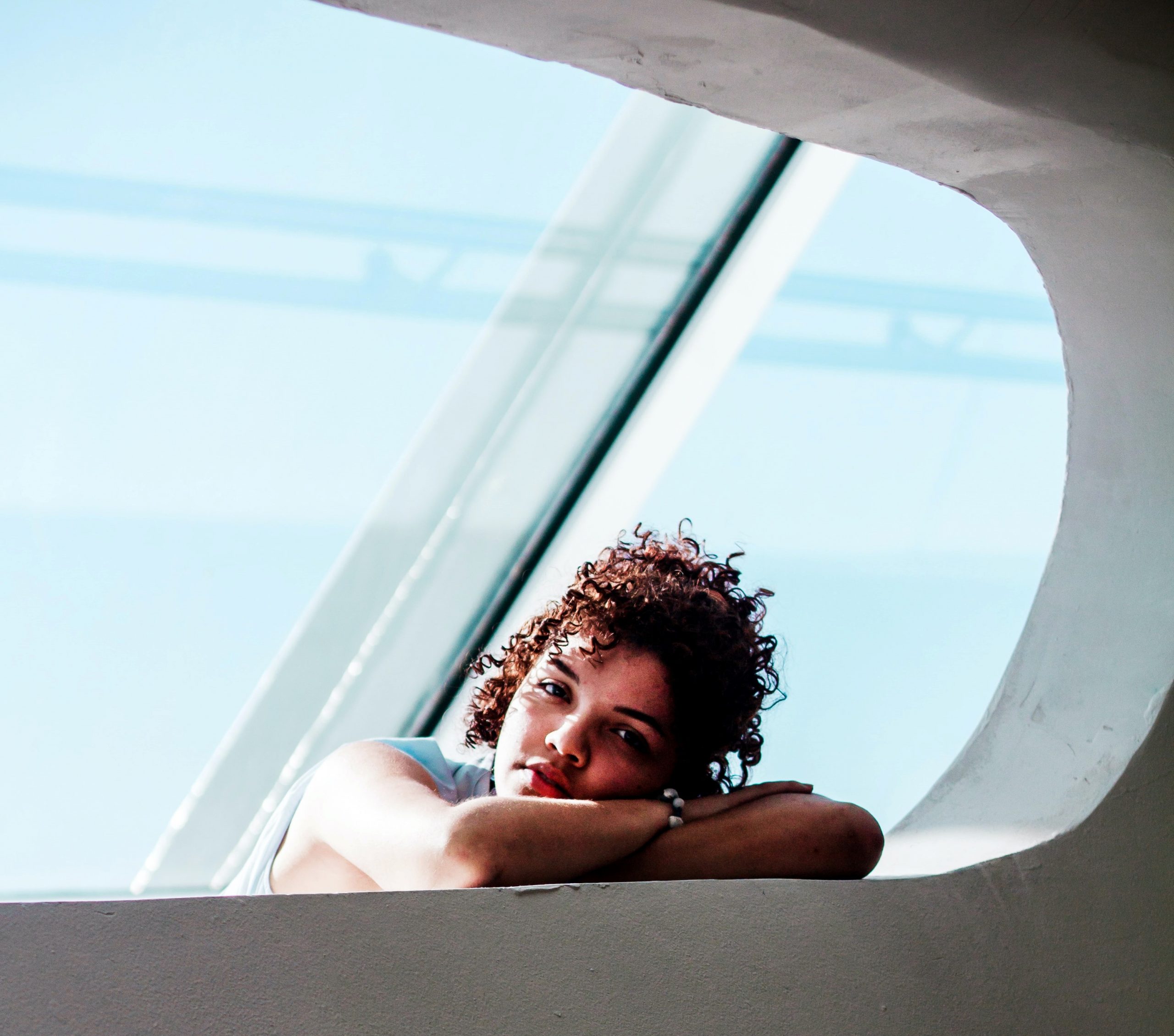 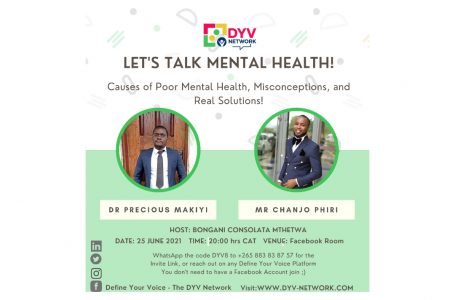 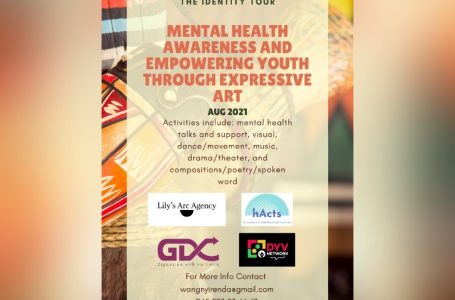